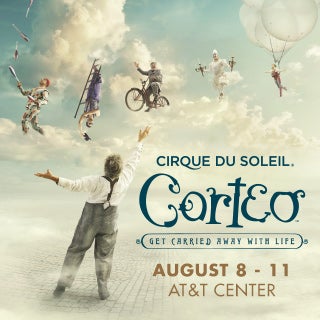 SAN ANTONIO, TX (Feb. 11, 2019) — Corteo, the latest and most enchanting Cirque du Soleil’s arena production is now touring in North America. The show will visit San Antonio at the AT&T Center from Aug. 8 - Aug. 11 for a limited run of six performances. This unique production, directed by Daniele Finzi Pasca, first premiered in Montreal under the Big Top in April 2005. Since then, the show has been a great success and has amazed eight million people in 19 countries on four continents.

The cast of Corteo includes 51 acrobats, musicians, singers and actors from all around the world.