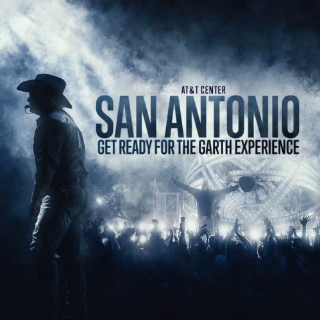 For the first time in 18 years, The Garth Brooks World Tour with Trisha Yearwood is returning to San Antonio.

As an extension of his comeback tour that began in 2014 after a hiatus since October 2000, his world tour has been selling out multiple shows at arenas across the United States and Canada with more than 4 million fans have attended since he began touring again. Named the American Country Countdown Awards 2016 touring artist of the year, Garth will play four shows, here at the AT&T Center, Friday through Sunday as part of his world tour.

The AT&T Center's Terrace Club Restaurant will be open prior to Garth Brooks' shows and is now taking reservations.

*Menus are subject to change.